Chronicle of the female condition

Throughout the twentieth century the approaches to sex and gender were gaining ground in the intellectual and political debate.

The awareness of the historical subjugation of women led a group of writers and thinkers to challenge stereotypes, to denounce discrimination mechanisms and claim their radical individuality, as autonomous subjects and owners of themselves.

Thus, the Brazilian Clarice Lispector builds part of his work on the difficulty of human relationships, the dissection of the family institution and a vigorous affirmation of the self, using for that the flow of consciousness, as it had been made by an illustrious predecessor, Virginia Woolf.

Writer and professor of Galician literature at the USC, she is the author of creative works as "Atracción total" or "Un Mundo de Mulleres" and numerous books about power, sex and culture. In her speech she will undertake an introduction to the link between feminism and literature and an approach to the figure of Virginia Woolf.

Professor of Portuguese literature at the University of Barcelona. Coordinator of the website "Lletra donat" and researcher at the Centre Dona i Literatura of the UB. She has translated fifteen books of Clarice Lispector, receiving in 2012 the Giovanni Pontiero Award for her translation of "Minhas Amantes". She is an accomplished specialist in the work of the Brazilian writer, about whom she will talk in her lecture. 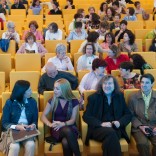 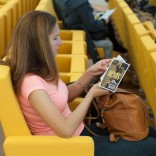 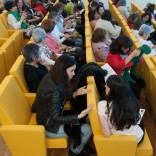 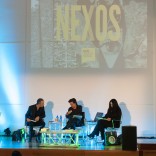 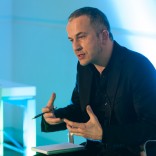 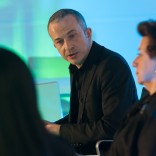 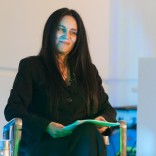