Graduated in 1984 at the Federal Institute of Technology in Zurich, they have undertaken many projects on their own before establishing their joint studio in 1989.

Some of their works include the Kirchner Museum in Davos, the Sports Centre also in Davos, the extension to the Art Museum in Winterthur and the Museum and Park at Kalkriese.

Four buildings –each one oriented to one of the cardinal points- define the space on the top of the hill of Mount Gaiás, an enormous plaza in urban terms, though simply an extensive plane in the context of the surrounding landscape. The buildings mark the space instead of limiting it, the elements that define it are in the topography, the view to the West facing the city and the view to the East facing the landscape, created by gardens and small parks.

The buildings are simplified cubes, moulded specifically by their different functions and their position on the terrain. They share the fact that they are all rectangular volumes, they all contain patios and they are built of stone.
The structures are built in layers of stone placed in rows. Several types of stone are used, local stone and imported stone, in some cases isolated, or perhaps in a more contemporary fashion, placed in rows using concrete mixed with fine sand, coarse sand and coloured sand, in alternate layers. 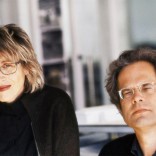 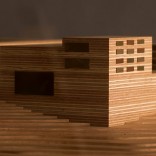 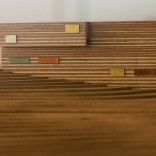 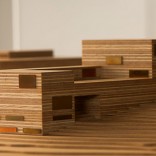